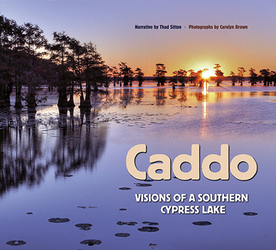 PHOTOGRAPHING THE VEGETABLE MARKET AT CHICHICASTENANGO, GUATEMALA AND THE MIHRAB WITH WORSHIPPERS AT AL AQSA MOSQUE, JERUSALEM.

I love photography.  One of the joys of photography is documenting not only people and places--it goes deeper than that--photography is about the experiences of life.  It became much-loved by the general public in 1888 when George Eastman popularized the portable roll-film camera.  The experience of viewing a photograph one has made is to instantly re-visit the place or people within the photo--to re-live that photograph.   It becomes a record of our senses—smell, touch, sound and especially visual--we are magically transported into history.  A photo is a pictorial diary, not only documenting places and people, but documenting one’s personal life.

When I look at and into the Chichi market or the Mihrab at Al Aqsa photographs—I am suddenly in that moment, recalling the fascination of cultures completely different from my own—and in this case, two cultures that are today threatened from outside sources. Both go far back in history and carry with them fascinating beliefs that inhabit the lives of the people within the photos.

As we view these photographs, certain design elements are obvious. For Chichi, it is the orange, red, yellow and green stripes of hand-woven wool and similarly colored pattern in the piles of cucumbers, onions, cabbages and tomatoes, spread across the page. The figures and scattered round shapes—both the light-colored hats and the bags of green, white, yellow and red vegetables--carry an observant eye into and through the image. There is a strong upward diagonal movement of aisles where people and vegetables are gathered and a complimenting lesser-opposing diagonal on the left front area of the image. It is warm--it is active and filled with emotion radiating from the passionate warm hues and gently moving human beings. The photograph itself is nearly untouched by that which is modern, but reflects an unchanged ancient domestic ritual.

Over 7,000 miles across the globe, the old city of Jerusalem is one of the most fascinating places on earth. Multiple cultures--the Christian, Moslem and Jewish—all with enthralling historic and visual qualities.    Non-Muslims are not allowed in Al Aqsa Mosque.  I innocently entered Al-Aqsa with my 35mm camera and tripod, made this photo and was told to leave—it is a highly sensitive flash-point in the Israeli-Palestinian conflict.  I was allowed to extensively photograph using larger format cameras at nearby Dome of the Rock that year (but not the following years.)

Texture is dominant in Moslem décor.  At Al-Aqsa, we find stone carving, mosaic glass and marble assemblages on walls and woven woolen pattern on floors, as various-shaped areas filled with patterned geometric and arabesque design.  Both overall vertical and horizontal emphasis is spread across and enclosed within the two vertical columns.  The praying figures provide scale and movement and also document the dress and religious culture of worshipping Palestinian men, mostly unchanged since ancient times.